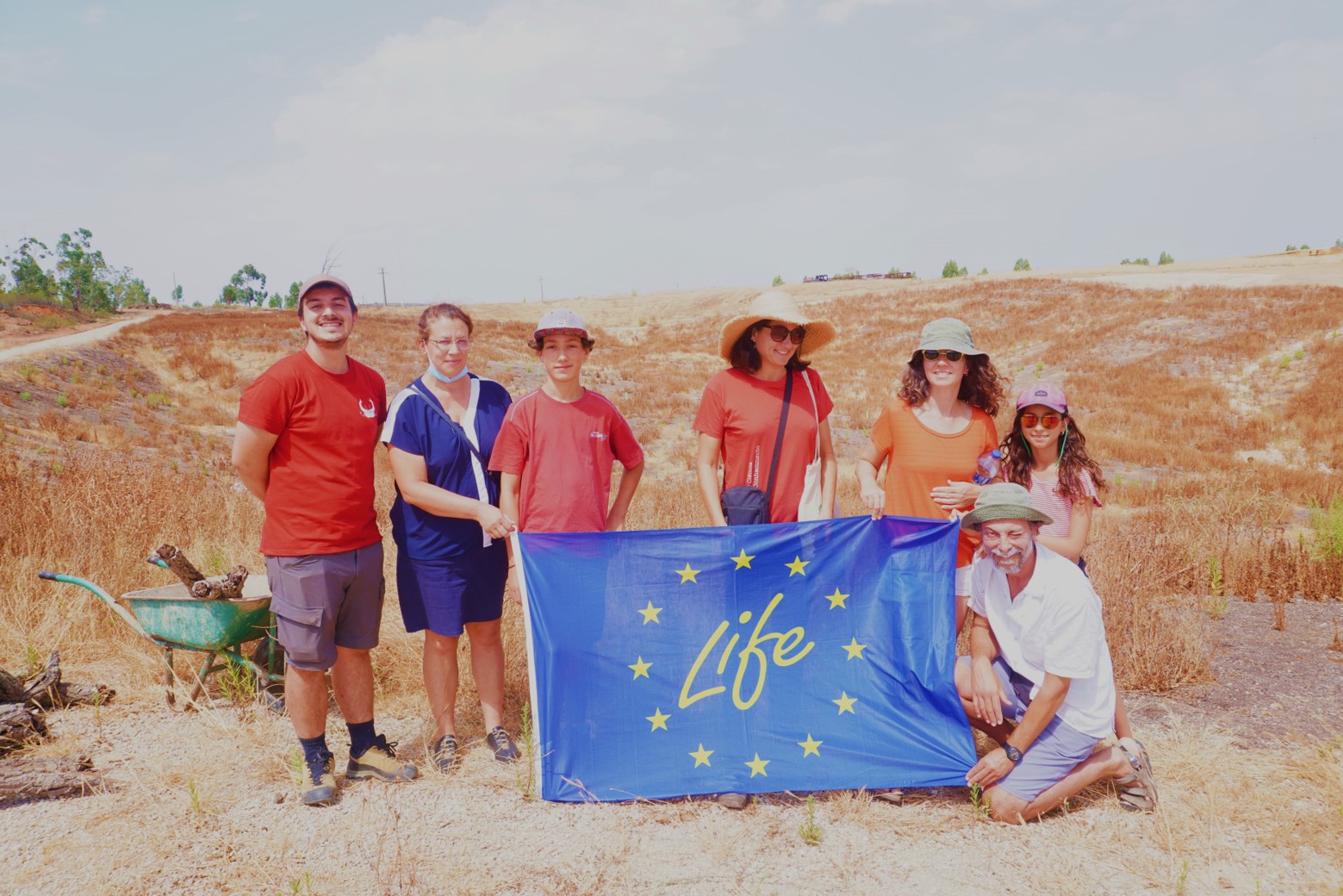 Life Under Your Feet! – “Alive Science in the Summer 2022” at the Lousal Pilot Project

The LIFE RIBERMINE project and the “Mine of Science – Lousal Ciência Viva Science Center” (https://lousal.cienciaviva.pt/), organized an action open to the public within the scope of the “Alive Science in the Summer 2022”, entitled “Life Under Your Feet!”, in collaboration with the VacaLoura.pt project (http://www.vacaloura.pt/) and the Bioliving association (https://www.bioliving.pt/). This activity, dedicated to decomposers and life on the ground, took place on the 17th of July and included a lecture and a workshop in the area of the Lousal Pilot Project (LIFE RIBERMINE). 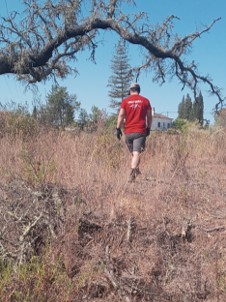 Prospecting for dead wood from native trees (Quercus sp.), in the vicinity of the intervention area.

One of the most important phases of the ecological restoration of the Lousal Pilot Project was the re-creation of soil layers, where before there was only a thin layer of dust. However, in order to speak of “soil”, the biotic component cannot be neglected, and the presence of various organisms with several functions, from predation to pollination, and, above all, decomposers of organic matter, is essential. Among these, the kingdom Fungi (mushrooms and molds) and the saproxylic fauna (species that depend, at some point in their life cycle, on decomposing woody material from live, weakened or dead trees) stand out. The increased variability of the landscape and the diversity of structures in the restored area, encourage the abundance of ecological niches, and the proliferation of these important organisms. 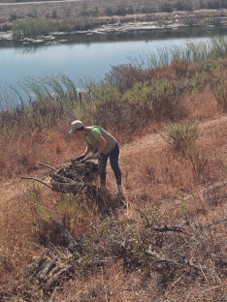 Transport of dead wood logs to the intervention area. 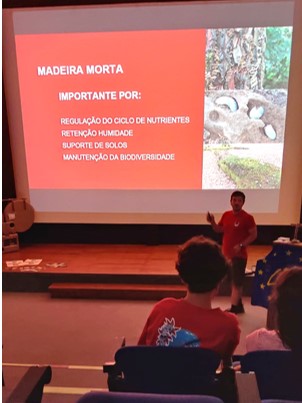 Lecture on the importance of dead wood, by João Soutinho (VacaLoura.pt).

In this action, carried out within the scope of “Alive Science in the Summer”, the Life Ribermine project was attended by the VacaLoura.pt project and the BioLiving Association, inviting the public to participate in a workshop for the construction and placement in the field, of structurs to support these organisms, contributing to the increase in life forms and ecosystem services in the area under restoration. 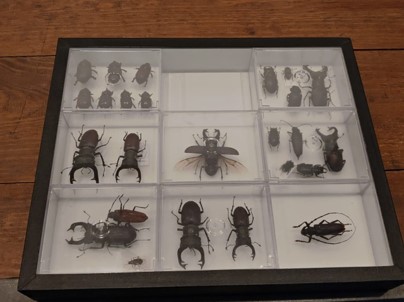 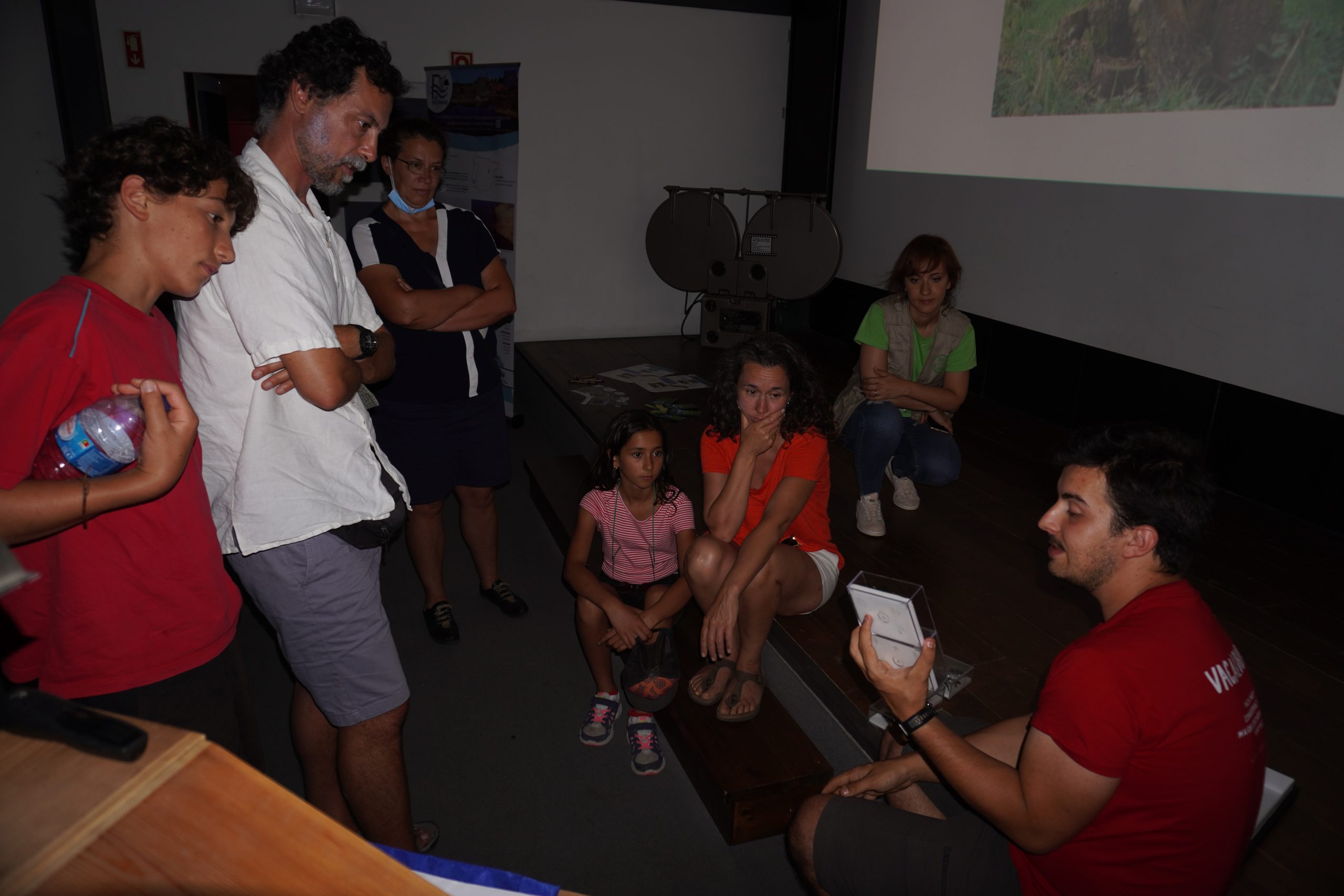 Interaction with the participants.

During the morning, members of LIFE RIBERMINE, VacaLoura.pt and Bioliving, recorded the species found in the area, proceeded to identify dead wood collection sites in the vicinity (trunks of Quercus sp.) and discussed ways to increase the biodiversity. After lunch, with the presence of 5 members of the public, there was an introduction to the LIFE RIBERMINE project and its objectives, with viewing of the film about the Piloto do Lousal project, followed by a lecture given by Biologist João Soutinho, from the project VacaLoura.pt, and the observation of some of these organisms (for example, beetles). 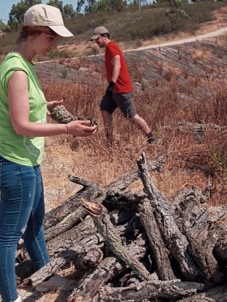 Field work for the placement of wooden structures.

After the theory, practice followed, with a field trip to the Lousal Pilot Project, where the group spread several dead wood structures in the area, in order to create habitats for the saproxylic fauna. On this occasion, some structures were also built with limestone rocks, which could serve as shelter for other biological groups, such as reptiles. Simultaneously, the already germinated seedlings of holm oak (Quercus rotundifolia Lam.) found in the area were “bedded” with some stems and dead parts of other dry plants existing in the area, such as mulching. This procedure is intended to create extra protection against direct exposure to the sun and a micro habitat, where surface soil moisture can be retained, promoting water availability and minimizing plant desiccation. 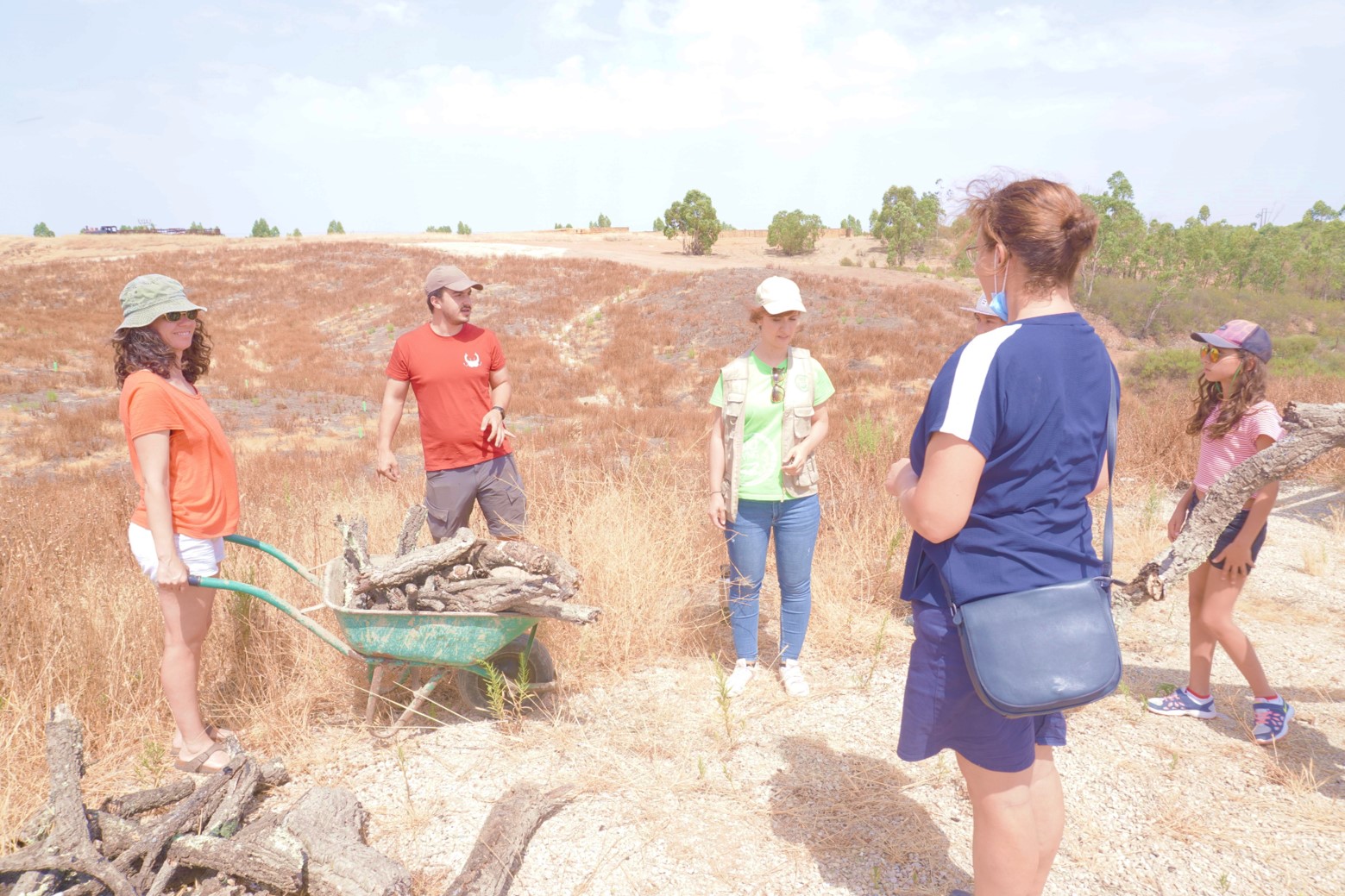 Practical tasks with the participants.

These and other habitat management measures, although apparently simple, are extremely important for the “building up” of the soil and supporting the biological diversity of the area, helping in its maintenance and long-term continuity. 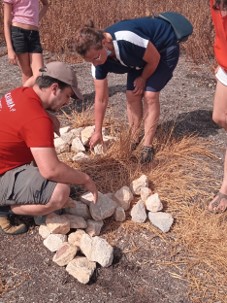 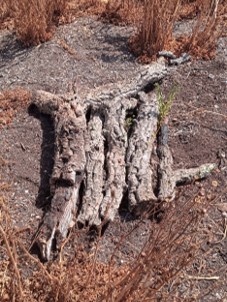 Structure made with wooden logs, placed on the ground.

On the one hand, this action with the public is very relevant for understanding the need to restore mining areas and the complexity of the works involved so that there is a true ecological restoration. On the other hand, this project offers a vast potential as a promoter of environmental quality and biodiversity, making arise multiple synergies with other environmental and nature protection projects.
The LIFE RIBERMINE project is grateful for the prolific exchange of ideas, the presence and contribution and participation of all stakeholders, and hopes to continue to count on the collaboration of the VacaLoura.pt project in similar actions, increasingly involving the public and the citizens!