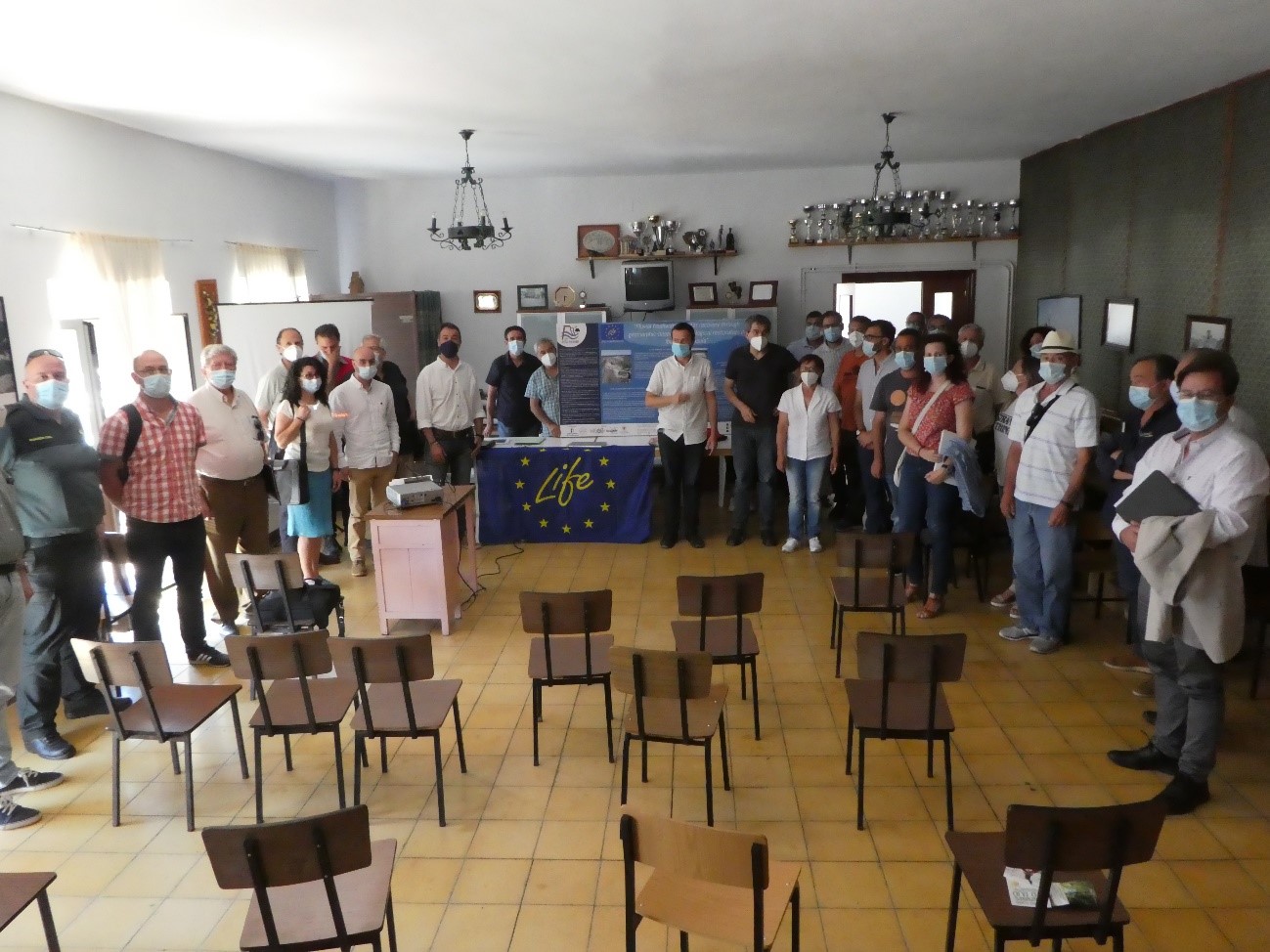 The LIFE RIBERMINE team, represented by José F. Martín Duque (UCM), introduced the LIFE RIBERMINE project to the Governing Board of the “Parque Natural del Alto Tajo”, in the past Monday, June 29th, 2020. This Board is composed by representatives of local authorities, and agrarian, sports, tourism, and business associations from all over the Upper Tagus (“Alto Tajo”) region, so, the forum was unbeatable to raise awareness to the project, regionally.
In addition this Governing Board was attended by the “Consejero de Desarrollo Sostenible de Castilla – La Mancha (CLM)”, José Luis Escudero Palomo, and several members of his team, namely the “Viceconsejero de Medio Ambiente”, Fernando Marchán Morales, whom totally give their support to the project.
Not surprisingly, LIFE RIBERMINE is led and coordinated by this administration. Specifically, by the “Dirección General de Transición Energética” of Castilla La Mancha-Gov., also having the participation of GEACAM. The Director of the PNAT, José Antonio Lozano, is also a member of the LIFE RIBERMINE team, resulting in an absolute involvement of this regional administration.

Participants in the Governing Board of “Parque Natural del Alto Tajo” meeting, in Peñalén (Guadalajara, Spain).