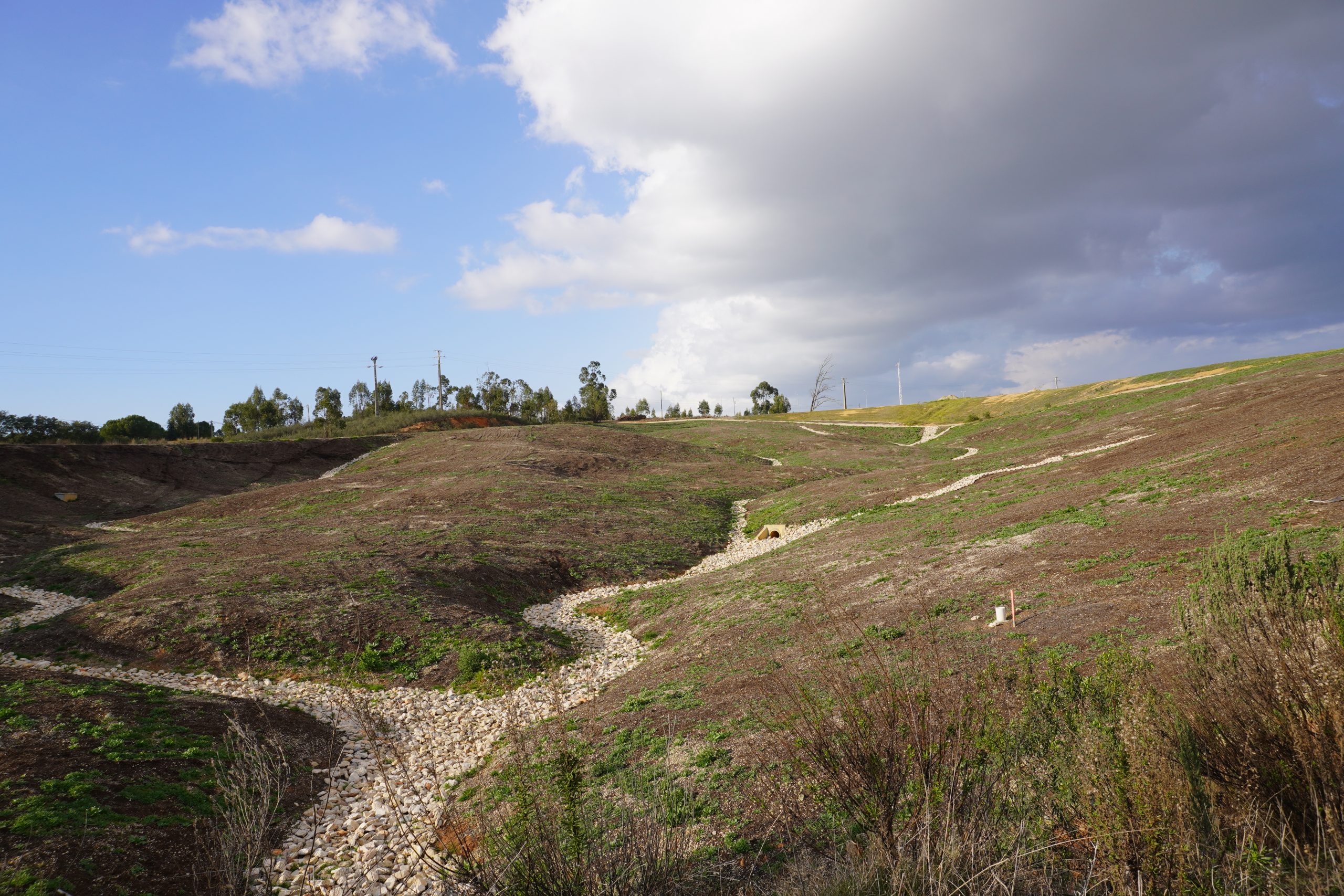 The Regional Directorate of Culture of Alentejo – DRA Alentejo (Portugal), within the scope of the “Alentejo Heritage Project – Guided Tours to Heritage in Alentejo”, together with the Living Science Center of Lousal (Centro Ciência Viva do Lousal – CCV Lousal), the only Portuguese partner of the Life Ribermine Project, promoted an open day, where various aspects of the former Lousal Mine were made known, including the Lousal Pilot Project, on February 25th, 2022.
The program for this day, dedicated to the knowledge and appreciation of the heritage of the Alentejo territory, included the traditional visits to the old “Corta Mineira” and Waldemar Gallery, the Mining Museum of Lousal and the interactive exhibitions of the CCV Lousal, which are regular offers of this Centre. Lunch took place at the Lousal Community Center, where more than 30 participants, including members linked to various official bodies and regional administrations, as well as people from the general public, were able to taste the cuisine of the region, in a relaxed and close environment to the local population and traditions.
A deserved highlight was given to the Life Ribermine Project, through a lecture on the Lousal Pilot Project, which included the viewing, in world premiere, of a short film about the works carried out at the end of 2021, and a field visit to the intervened area. The reactions of the participants could not have been better. 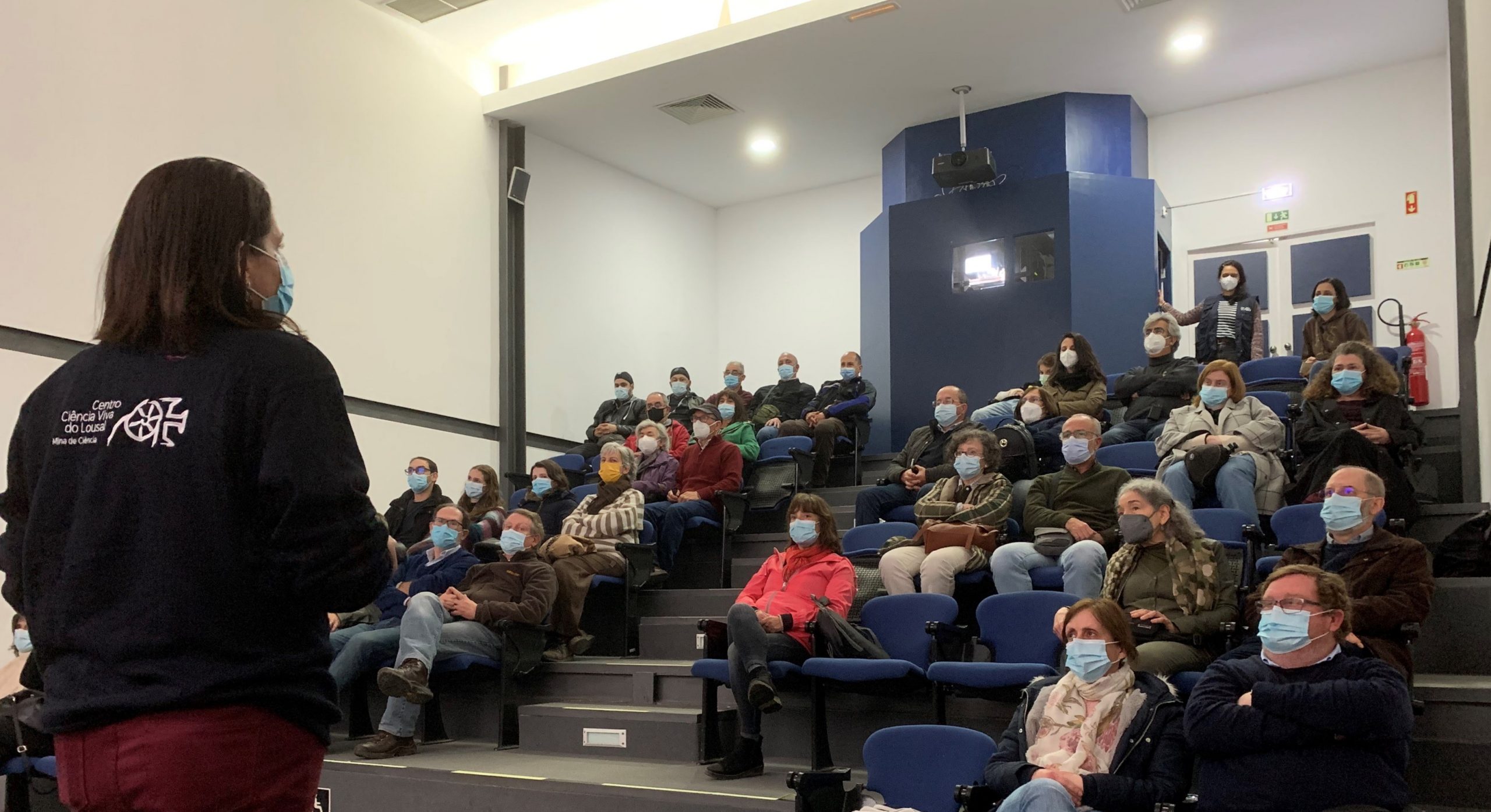 Presentation of the Life Ribermine Project, in the auditorium of CCV Lousal.

In the words of Miguel Rego, Archaeologist of DRC Alentejo, and one of the organizers of this event: “The Life Ribermine Project was an extraordinary surprise and a rewarding experience for us. In a context where the historical and spatial geographies of the former Lousal Mine coexist with an environment of contamination, acidic waters, chemical waste and heavy metals, we found that there is a Project that allows us to look beyond those frames and recreate a new reality. The Life Ribermine Project proves that it is possible to transform, recover and revitalize, recovering the future. Transform a ground that was thought to be lost for eternity by the polluting actions that man performed there; recover soils from a context of irreversible contamination to a space where millenary plants will soon bloom again; revitalize a depressed territory into a cauldron of hope. This is a Project that should be multiplied, expanded and promoted. Because it brings to the geography of aridity the hope that a socially and environmentally lived future is possible even where the effects of human action seem to have led to everything being lost.” 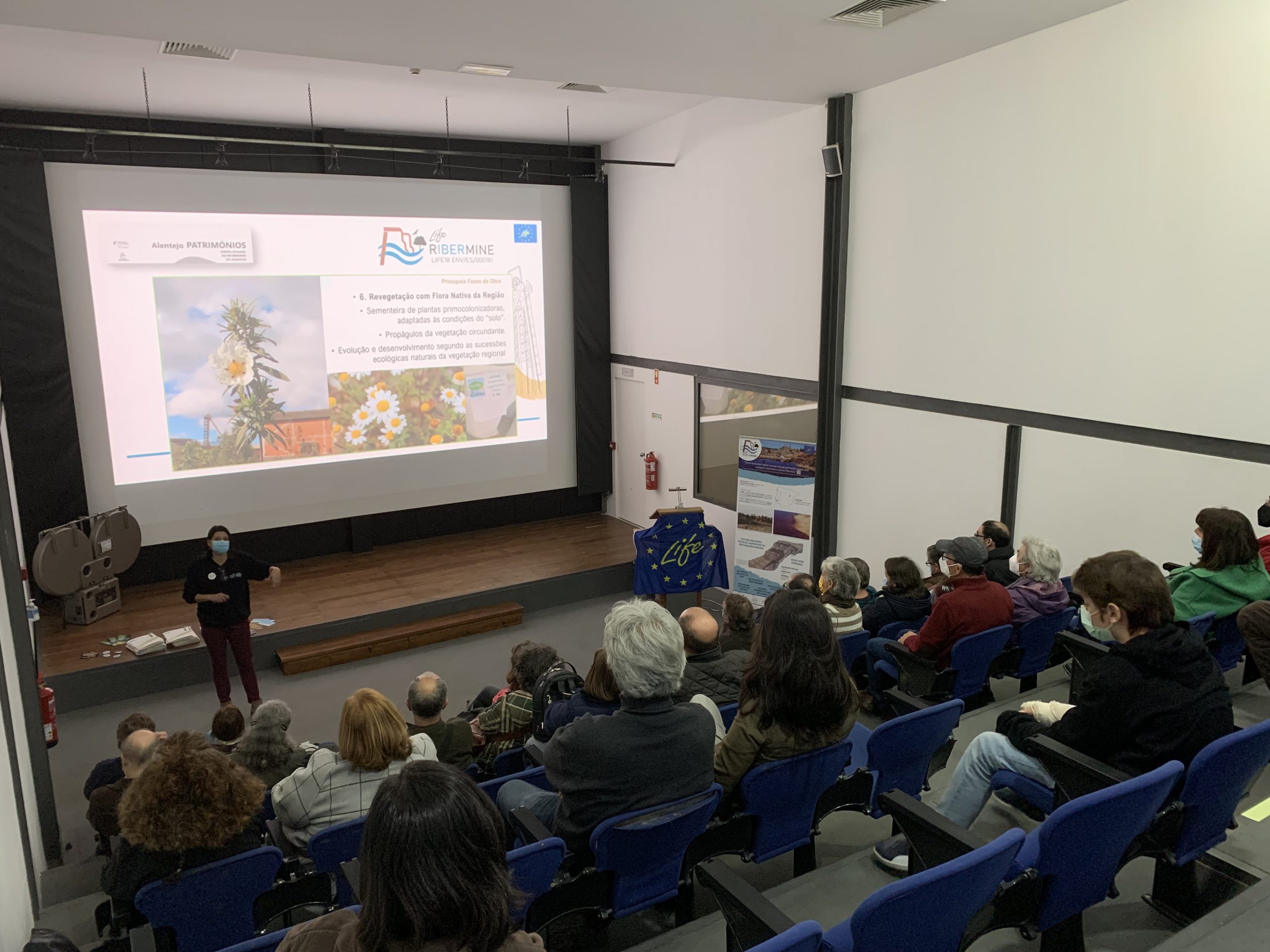 Conference on the Lousal Pilot Project.

Lisete Ferreira, one of the participants, also says: “I already knew the Lousal mine, the museum from a few years ago and I thought it would be a day without adding much, but at the invitation of a friend I decided to go, and…in good time! In addition to the museum being more complete, I didn’t know about the space for interaction for young people, with a very nice dynamic. However, what filled me the most and gave me more encouragement was the Life Ribermine Project, due to all the work developed, the differences in landscape, and understand that it can be an example to be followed by other mines. Realizing that we can always minimize the damage we do and adjust our interests with the limited resources of the Planet. Encouragement, to see that there are projects with these priorities! Well done to your work and commitment.” 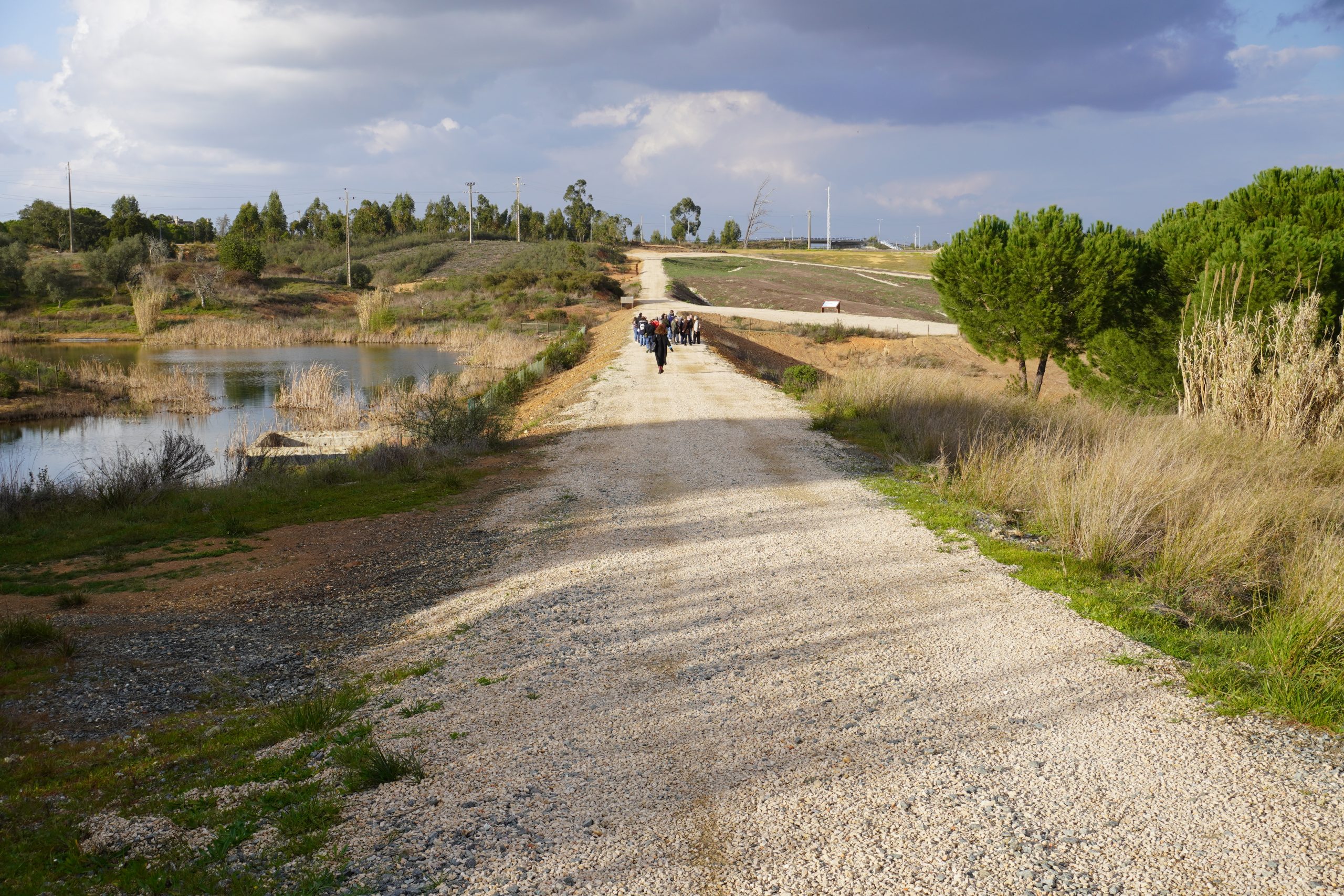 The group of participants heads to the Lousal Pilot Project area, through the old “pyrites road”, reclassified in the context of the intervention carried out.

Given the feedback and success of this event, the Life Ribermine Project welcomes, and believes that it is on the right path to pursue the proposed objectives, with regard to its public reception and dissemination.
Visits to Life Ribermine, through the practical case of PPLousal (lecture, film and/or pilot area), are now part of the programmatic offer of CCVLousal, for school and non-school audiences, and can be scheduled directly or via telephone, at the Living Science Center of Lousal. 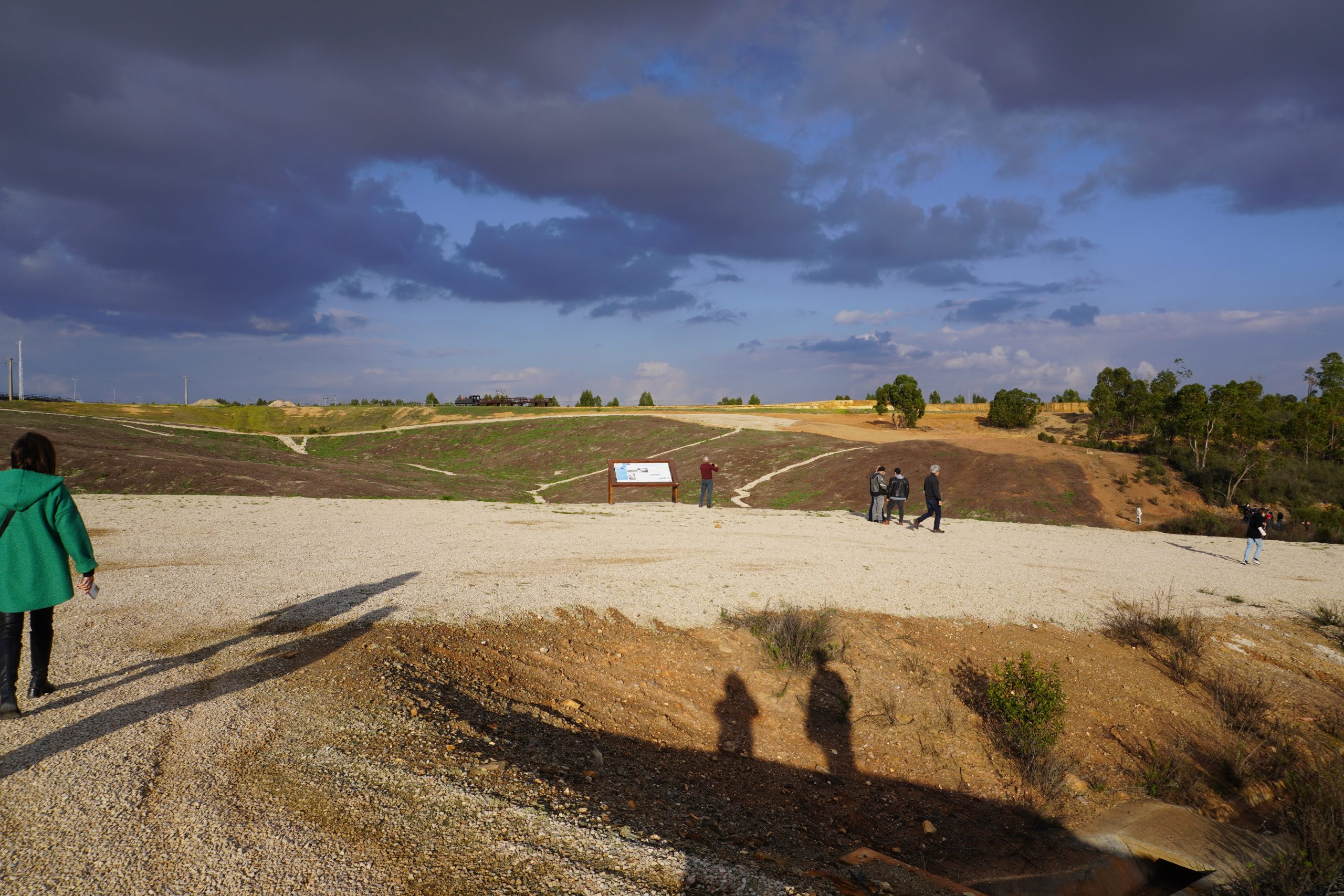 Arrival at the intervention area.

Current aspect of the land of the Lousal Pilot Project, where the results of the revegetation actions are already quite visible. 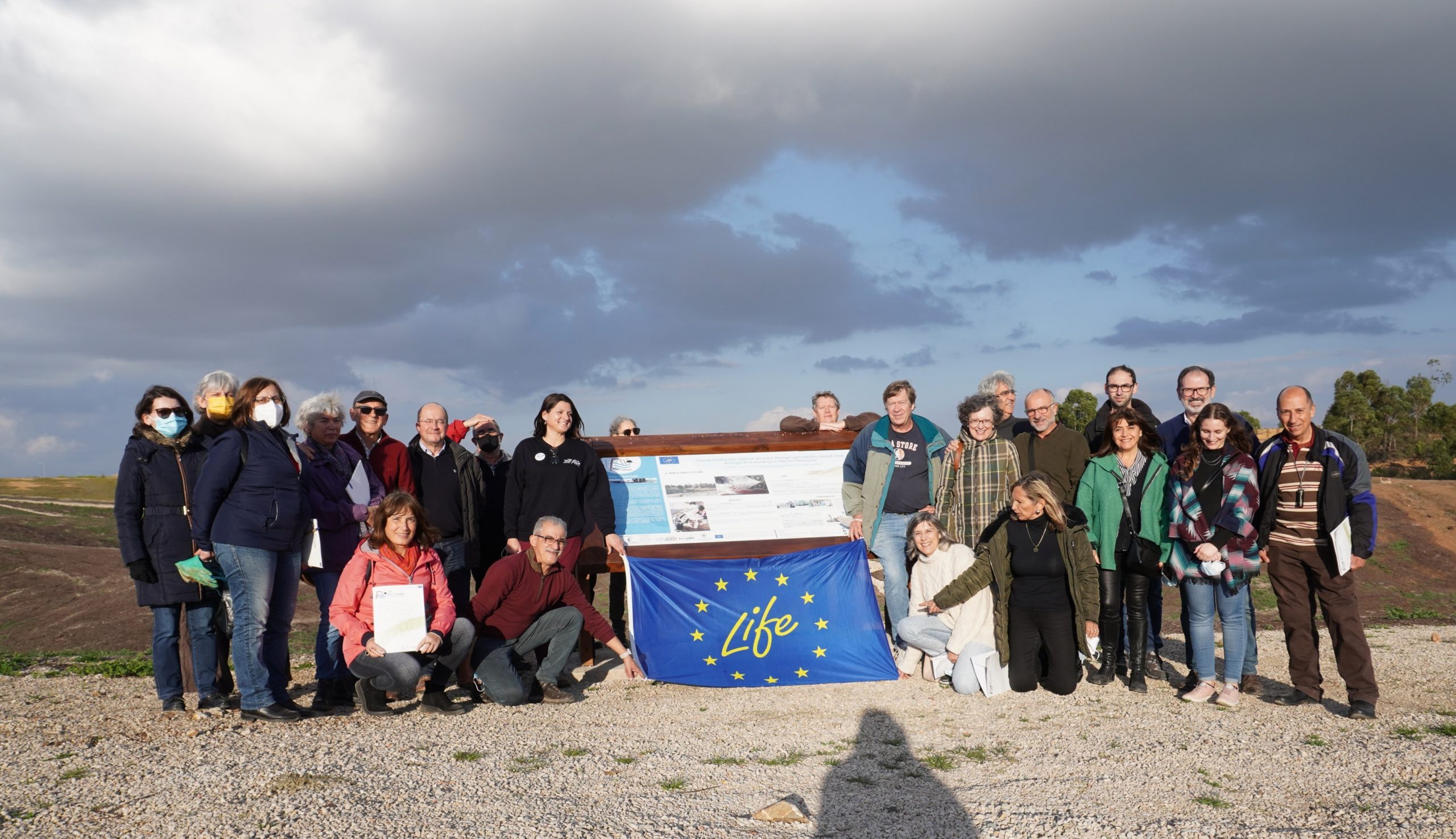 Group photo at the Lousal Pilot Project, with some of the participants in the “Alentejo Heritage Project – Guided Tours to Heritage in Alentejo” open day, in the Mine of Lousal.