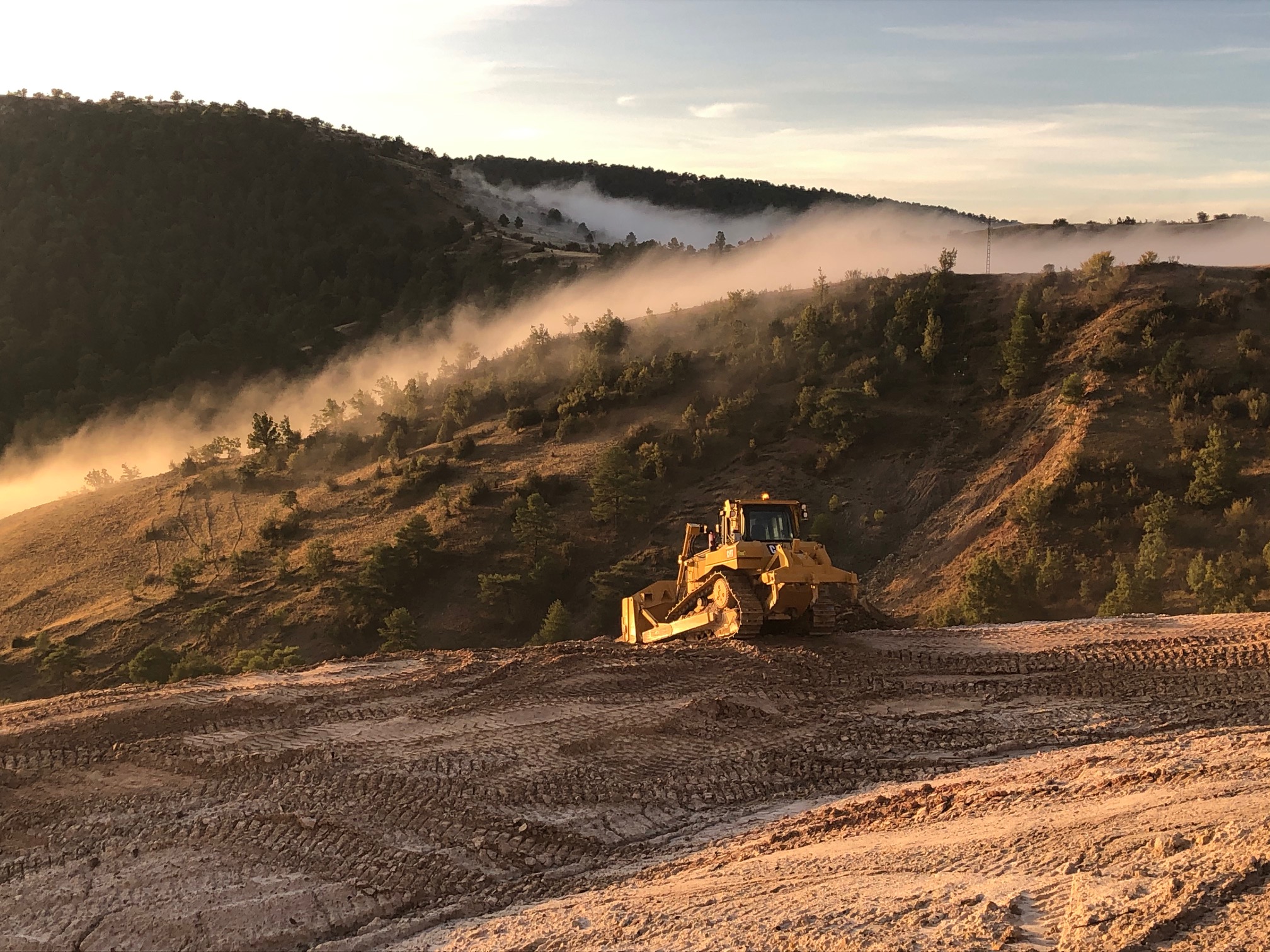 The LIFE RIBERMINE project, has completed the 2020 phase of the earthmoving (topographic remodeling and preparation of edaphic substrates) in the external heaps of the Santa Engracia Mine (Peñalén, Spain), and on the path to Poveda, on October the 10th. The work began in July and aimed to reconfigure the relief, to create natural-like landscapes, reshaping stable surfaces in the surroundings and, thus, reducing the erosion mainly produced by surface runoff.
The innovative topographic remodeling designs prepared and rethought with GPS by members of the Complutense University of Madrid (UCM), have been masterfully executed by CAOBAR, S. A, and its subcontractor, excavaciones Félix Moya, under the direct direction of the creators of the relief modeling sketches. In order to do the best work possible, all the necessary means and machinery were used, namely a D9 bulldozer, a D6 bulldozer, a backhoe and two “caterpillar” trucks.
“My opinion is that everything has turned out much better than we could ever imagine. This result, which was uncertain, also gives us some peace of mind to face next year’s phase”. said José F. Martín Duque, one of the experts from UCM, responsible for implementing this action on the ground. In addition, he states that “The direction, the coordination of cycles and processes of earth movement, and the execution of the designs, have been IMPECCABLE“, warmly thanking all the personnel and entities involved in this process.

The topographic and extended remodeling of edaphic substrates has been successfully carried out according to the plan, although that does not fully guarantee the stability against water erosion, in such a complex scenario. The starting point is very good, and now it is necessary to continue with the surface decompaction works, extending of edaphic amendments, mulching, fencing and revegetation with native species.
It is recalled that one of the main objectives of LIFE RIBERMINE is to minimize hydro morphological pressures and to improve the water quality, in accordance with the objectives of the Water Framework Directive (Directive 2000/60 / EC of the European Parliament and of the Council, of 23rd October 2000). In Spain, it is intended to prevent erosion and the production of sediments in the old kaolin mining site, before they reach the natural water lines of the Alto Tajo River Basin.

Detail in aerial view, of the terrain modeling carried out in Phase 2020 (Photo autor: DGDRONE). 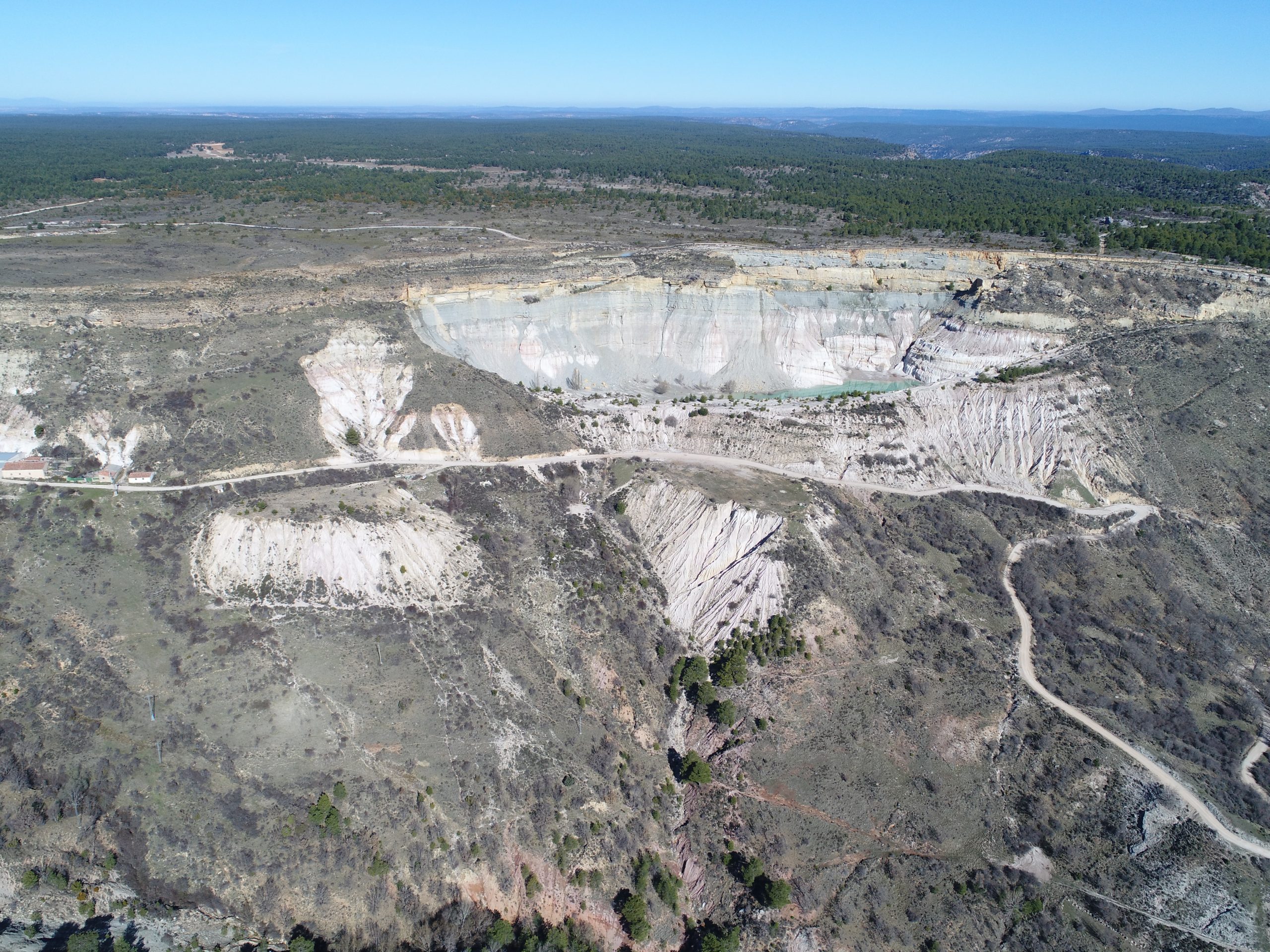 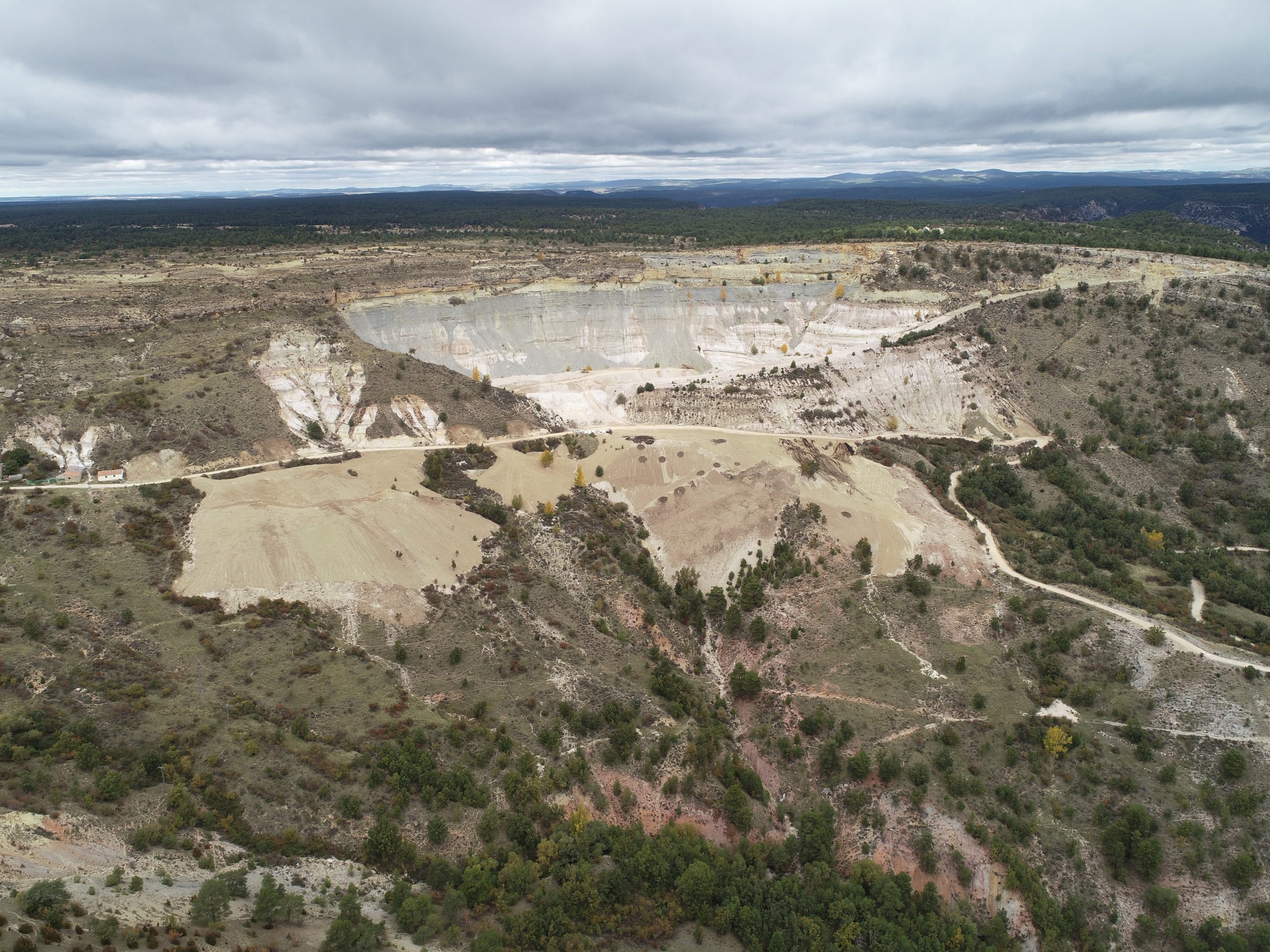 Comparison of the situation before the restoration (March 2020, photo above) with the current situation, once the topographic remodeling work has been completed (October 2020, below). Photos of DIEDRO S.L. and DGDRONE respectively.